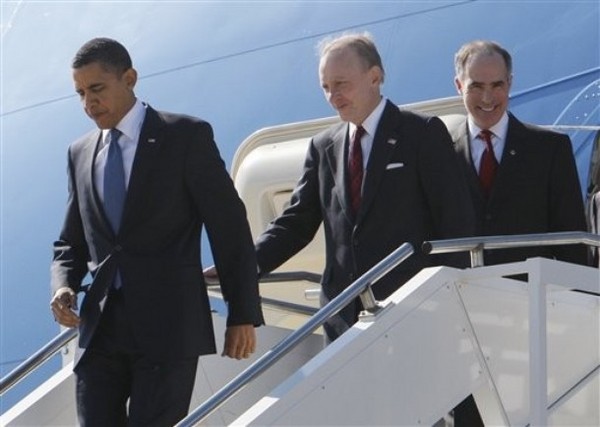 The idea of jamming major legislation through Congress usually crops up whenever there's serious popular desire for change, and equally serious Congressional resistance. In the past, reconciliation has typically only ever made it to the table when one factor of Congress -- at the behest of special interests -- has set themselves squarely in the path of popular legislation, threatening its passage with delays, obfuscation, and parliamentary maneuvers.

This has been true of just about every major fight I can recall, from gun safety measures to mandatory gas mileage requirements. In every case, the public debate had generated majority support, but Congress was blocking it because of special interests groups -- and, every time, the president won a solid victory by overcoming the gridlock.

But, for better or worse, this is not the dynamic in health care today. The litmus test of solid public support remains unmet, making this new strategy a potentially dangerous political Molotov cocktail.

Reconciliation has been used before to pass major legislation. Proponents of this approach are fond of pointing to the passage of welfare reform, COBRA, and Bush's '01 and '03 tax cuts as evidence that the Democrats are fully inside the lines. For the administration, the most crucial difference between those bills and this is not their urgency, partisan nature, or even particularly their impact on the deficit; for Obama and his team, the most critical variant is that those bills were popular with the public. In 1996, 68% of Americans favored welfare reform. In 2000, before Bush's $1.3 trillion tax cut was introduced (by the notably bipartisan duo of Senators Phil Gramm and Zell Miller,) 63% of Americans thought they were paying too much income tax; by the spring of 2001, after a month of legislative wrangling, 56% favored Bush's proposed cuts. In 2003, with the Iraq war railing in the background and a post-9/11 economy flailing at home, 52% supported the second round of cuts. Not a huge margin, perhaps, but still a majority.

A February CNN poll puts voter support for the current bill (or a similar variant thereof) at just 25%. An equal percentage thinks Congress should forget health care reform altogether, while 48% think they should start work on an entirely new bill. Of more concern to any Democrat with an eye on reelection, Independents remain unmoved by the arguments in reform's favor, with only 18% supporting it and 52% calling for an entirely new bill.

I went back to look at some of the big Democratic fights of the past -- Medicare and Civil Rights -- both of which had long, multi-year histories and were eventually fostered amid the kind of bare-knuckle wrangling we're seeing today. The AMA opposed Medicare but a Gallup poll from January of '65 shows it had 63% support when passed. And while most opposed Civil Rights legislation when Kennedy proposed it, polling from the period shows 60% of the public favored the legislation once Johnson got it passed.

In every one of these contentious national debates, public support was solidified as a pre-condition to final passage. There simply is no shortcut or parliamentary maneuver around that process. The public is uncomfortable with the current bill and this is likely to be a Dirty Harry moment for the Republican party as they dare Democrats to "make their day."

It may be that after the bill's passage public anxiety subsides. But history suggests Chief of Staff Rahm Emmanuel had it right calling for more gradual progress. The public's voice has been loud, clear and consistent. They say, fix the economy first. More than half (52%) name jobs or the economy as their top issue in a recent New York Times poll compared to 13% that name health care.

And there is a step-by-step approach that would make sense. Going one round at a time in health care reform, hand in hand with economic recovery, would be a strategic win for the administration. After Massachusetts, it would have made sense to pick out and pass those measures that help control costs and strengthen coverage while building up to the major expansion of coverage as the fiscal situation improved. There are lots of changes that have garnered support through this process. The polls show Americans would embrace a bill banning discrimination based on pre-existing conditions, overwhelmingly support a move to standardized electronic medical records and 66% favor some kind of caps on malpractice awards. Reduce costs, improve the system, and then expand coverage -- that is the way to run this out strategically and bring along full public support.

A lot has happened in the year since health care reform was introduced. Trying to pass it through reconciliation may work to generate a temporary victory, but it seems to dismiss the economic and political events of this year.