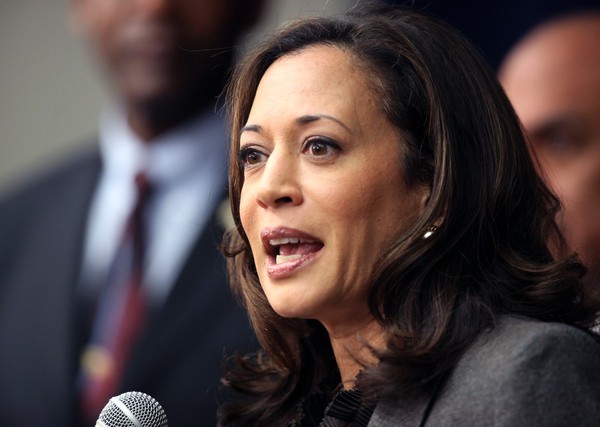 The kerfuffle over President Obama referring to California’s Kamala Harris last week as “the best-looking attorney general in the country” has ended with the president apologizing to Harris for “creating a distraction.” Too bad. The apology actually was due from the self-righteous zealots who blew up an innocuous comment into an offense against womanhood -- to the detriment of both women and men.

First, the facts. The scene of the “crime” was not a strictly professional setting (say, a conference of state attorneys general) but a Democratic fundraiser at a private home in San Francisco. Its relaxed atmosphere was evident from the fact that Obama also quipped about the short stature of Rep. Mike Honda: After initially failing to spot the California congressman in the crowd, he commented, “He’s not a real tall guy, but he’s a great guy.” Obama and Harris are longtime friends, and she did not seem remotely offended by his compliment. And, far from implying that her worth came only from her looks, the president had opened by praising Harris as “brilliant,” “tough,” and “exactly what you'd want in anybody who is administering the law.”

This is the remark left-of-center pundits decried as “sexist” and requiring “gender sensitivity training.” What makes it so bad, critics say, is that historically beauty was often seen as women’s chief asset, and even today the quest for equality can be hampered when they are judged on looks rather than merit. Salon.com editor Joan Walsh, who wrote that her “stomach turned” over Obama’s comment, also cites Harris’s own history: When she ran for San Francisco District Attorney in 2003, some of her rival’s supporters insinuated that she had slept her way to the top (earlier, Harris had been romantically linked to California Assembly Speaker -- later San Francisco Mayor -- Willie Brown). Walsh acknowledges that these smears didn’t hurt Harris: She won.

This deplorable history of sexism is very real. Yet to insist that any mention of a woman’s attractiveness must therefore be off-limits in any work-related setting is, in effect, to let sexism win. Such a taboo subtly perpetuates, rather than undercuts, the notion that a beautiful woman is unlikely to be smart or competent (after all, even to acknowledge her beauty implies it’s the sole basis of her success!). It also promotes a blatant double standard: Since men do not face the same cultural burden of being “the fair sex,” a female politician can compliment a man’s good looks with impunity. (Would eyebrows have been raised if Hillary Clinton had referred to San Francisco’s Gavin Newsom as the country’s best-looking mayor?)

Somewhat similar issues of women and sexuality in the workplace have been raised by another recent brouhaha known as “donglegate.” Computer technology specialist and blogger Adria Richards was attending a presentation at a tech conference when she took offense to an overheard conversation between two men behind her: They were making jokes that hinted at the sexual connotations of technical terms such as “forking” and “dongle.” Without telling them she was upset, she snapped a photo of the “offenders” and sent it out on Twitter (where she has some 10,000 followers), noting, “Not cool” and asking conference staff to intervene. The men were ejected; one, a father of three employed by the conference sponsor, was later fired because the company felt his conduct was at odds with its commitment to “gender equality.”

Richards received a lot of hate messages, including at least one creepy death threat; then she too lost her job over the controversy. Many women in tech, while agreeing that sexism is a serious problem in the industry, felt that Richards had done them a disservice by making such a public mountain out of a molehill. Yet feminist and left-wing blogs supported her; the website Jezebel.com ran a headline slamming the two hapless jokesters as “sexist dudes.” Fordham University communications professor Alice Marwick wrote that while a “dongle joke” may be trivial, Richards’s perception of its harm was justified by “structural sexism” in the tech world.

This looks like startlingly neo-Victorian paternalism: Mild suggestive remarks, not directed either at an individual woman or at women in general, are presumed so offensive to women as to warrant swift retribution. Of course, no one who has worked in a mixed-sex environment seriously believes that women don’t make sexual jokes or comments in work settings. But that’s where the double standard comes in: Unlike the Victorian lady, the modern feminist who demands such protections needn’t shun bawdy humor herself. Richards has made male anatomy jokes on her Twitter feed, which she uses professionally. But apparently when men make such remarks, it’s a female-excluding assertion of male privilege.

The logic here is similar to that of the outcry over Obama’s “gaffe”: Since our culture has a history of demeaning women by reducing them to sex objects, the slightest whiff of sexuality or sexual speech in the workplace disempowers women and creates a hostile environment. But this becomes a self-fulfilling prophecy of female fragility: Women cannot be accepted as equals if their special sensitivities require constant protection -- whether those sensitivities are seen as the product of nature or culture.

Both of these much-ado-about-nothing episodes also reinforce the worst stereotypes of feminists: as humorless, speech-policing puritans intent on keeping men on a tight leash. Feminists may sneer at men who think it’s their sacred right to tell dirty jokes in a professional environment, but how many women would be pleased to find themselves pilloried for “inappropriate” banter within the earshot of an offended male? When did stripping the workplace of all personal, friendly, even frivolous interaction -- particularly in an age of increasing work-life overlap -- become progressive?

A hundred years ago, anarchist feminist Emma Goldman famously said that she did not want to be part of any revolution that would not allow dancing. Likewise, not only men but quite a few women want no part of a feminist revolution if it bans innocent compliments and silly off-color jokes.

Cathy Young writes a weekly column for RealClearPolitics and is also a contributing editor at Reason magazine. She blogs at http://cathyyoung.wordpress.com/ and you can follow her on Twitter at @CathyYoung63. She can be reached by email at CathyYoung63@gmail.com.