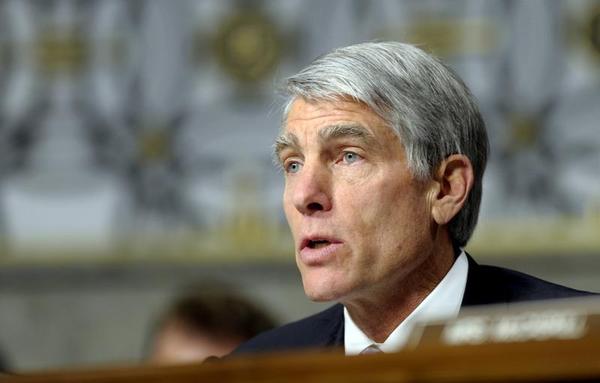 Turn on a television in Colorado and you might assume there are no issues more important to state voters than abortion rights, access to contraception, and the definition of personhood.

Indeed, the state appears to be ground zero for Democrats’ efforts to woo women voters -- a reliable and growing part of their constituency whose participation tends to drop off in midterm years -- and independents turned off by candidates they perceive as extreme.

The strategy worked for Sen. Michael Bennet in his close 2010 race to keep the seat he had been appointed to, and now endangered incumbent Mark Udall is running on it too. The first-term senator is running commercial after commercial hitting challenger Cory Gardner on this topic, and the Republican congressman has had to spend time and precious resources responding.

But as Udall, Gardner, and politicos of all stripes in Colorado know, this is not the only national issue vying for voters’ attention in the state. In fact, nearly every issue being debated in congressional and state legislature races across the country has been pertinent in Colorado -- from regulations on guns and fracking to immigration to voting rights and gay marriage to the effects of marijuana legalization.

In many ways, the Centennial State is at the center of the political universe this cycle. And it’s also at a crossroads.

Colorado may be one of the last remaining purple states in the country. And the U.S. Senate race here -- and, to some extent, the governor’s race -- could help shape the future for Republicans in a state that has trended blue the past two election cycles.

“I think there’s tremendous opportunity in front of Republicans, but if this election doesn’t pan out I fear for my party and state,” former state GOP Chairman Dick Wadhams told RCP.

The election will also be a test of lessons learned by the party, locally and nationally. The GOP was dealt a blow in Colorado four years ago by Ken Buck, whose series of incendiary gaffes cost the party a Senate seat in one of the most favorable climates for a pickup. Republicans believe they have avoided that risk this year with Cory Gardner, a young and charismatic congressman from the conservative 4th Congressional District whose entrance into the race cleared the GOP field.

There’s a lot riding on him. While Republicans don’t necessarily have to win Colorado to take control of the U.S. Senate, a victory there is viewed as integral to the party’s hopes in 2016.

Wadhams said that if Republicans don’t win the Senate seat, or at least the gubernatorial race, “in a year like this, with a tired, beleaguered incumbent, when the issues are with us … my question is -- and I’ve lived in Colorado all my life -- when are we going to be able to win again?”

To some extent, this year may also be test for Democrats in the state and whether Colorado can still be considered an electoral firewall for the party in the next presidential year.

Recent history would seem to be with Colorado Democrats, who enjoy control of the statehouse and hold both U.S. Senate seats. Barack Obama made a bit of history there in 2008, being nominated by the party in Denver and going on to win the state by nine points four years after George W. Bush won it by four. The Hispanic population has been growing, as has the number of highly educated voters. In 2012, Obama won again there, though by just five points.

Now, the pendulum may be swinging back.

The Udall vs. Gardner race is one of the country’s most hotly contested. (The RCP average has the incumbent ahead by one percentage point.) Democratic Gov. John Hickenlooper also faces a formidable re-election challenge, as Republicans last month nominated Bob Beauprez, the establishment-favored candidate, over the toxic Tom Tancredo. (The RCP average shows Hickenlooper with a 1.6-point lead.) A recall election prompted by state-passed gun laws last year flipped two Democratic seats in the state Senate over to Republicans. Now that chamber is one seat shy of GOP control. Additionally, recent polls show low approval ratings for President Obama and low support for the Affordable Care Act.

Voters in Colorado are essentially divided into thirds, with unaffiliated voters slightly outnumbering Republicans and Democrats. That’s why both sides are working to paint the other as on the fringe.

As in most races across the country, Republicans hope to sink Udall, 63, and other Democratic candidates in the state by linking them to Obama, whose approval rating is just above 40 percent in the state. While on par with national averages, Colorado voters’ souring on the president is especially stinging given the president’s history with the state. Colorado has become part of Democrats’ winning strategy in presidential elections, and a loss in the Senate or the governor’s mansion would be a significant setback for the party. Udall is also a member of the Class of Obama, eight senators elected to office in the 2008 wave; their re-election fates this year could determine the balance of power in the upper chamber -- and the fate of Obama’s remaining two years in office.

Udall was among the first Democratic candidates to publically express reluctance about campaigning with the president, as he did in a television interview earlier this year. When Obama came to Colorado this month for a fundraiser to benefit Udall, the senator stayed in Washington. So did Bennet, who now chairs the Democratic Senatorial Campaign Committee. When Obama was in the state, the Gardner campaign put together a video that included clips of Udall praising Obama in 2008. Gardner, 39, also hopes to make Udall’s incumbency a liability. “It’s time the Senate had a new generation -- one that’s accountable to the next generation,” the candidate says in an ad that features his young daughter.

While Udall has kept his distance from the president and national Democrats, he has been able to capitalize on national party themes. Since the day Gardner announced he would run, Udall has been hitting the Republican on so-called women’s issues, highlighting the congressman’s previous support for a ballot measure that would define a fertilized egg as a person, which would render abortion and some types of contraceptives illegal.

Gardner withdrew his support for the measure when he entered the race, and voiced his belief that some forms of contraception should be available over the counter -- a sign of the moderated approach necessary to run statewide as a Republican in Colorado. But the issue still threatens him, as some conservatives in the state are pushing to place the personhood measure on the ballot this year.

The Supreme Court’s Hobby Lobby decision gave Udall another arrow in his quiver. A bill he sponsored in the Senate to reverse the decision failed last week, but Democrats didn’t mind because they could still use it as an issue in races such as this one.

Democrats hope to define Gardner before the congressman can define himself. “It’s a marker on values, which is about how much you want to have government involved in your personal life,” says Rick Ridder, a Democratic strategist in Denver, who argued that Coloradans are interested in “useful government” not necessarily more or less government.

The question of government involvement is a particularly interesting one in Colorado, a state with a libertarian streak.

The health care law, for example, could be problematic for Udall. A recent NBC News-Marist poll found that while the incumbent leads Gardner by seven points, 46 percent of registered voters thought passing the Affordable Care Act was a bad idea.

Fracking is another matter of contention in the energy-rich state. Udall and Hickenlooper backed away from a ballot proposal pushed by Democratic Rep. Jared Polis that would impose tough environmental restrictions on the controversial process of extracting natural gas from the ground and would allow towns to ban fracking. Gardner has been pushing Udall on the issue for months, and Republicans have characterized the senator as anti-drilling. Udall also took flak from Republicans for supporting the administration’s new Environmental Protection Agency rules.

Immigration policy, brought to the forefront of discussion by the current border crisis, may play a larger role in Colorado races than in others around the country, as Hispanics make up 20 percent of the state’s population.

Despite this array of issues before voters, Colorado Democrats are determined to keep the state on the front lines in the so-called war on women. Seventy percent of voters there said they were less likely to vote for a candidate who backs limits on contraception, according to the NBC-Marist poll.

"The lesson out of this for both parties is where Coloradans' heads are in terms of values in the 21st century,” said Chris Harris, Udall’s campaign spokesman. “As Colorado continues to move forward, Republican candidates still have the same backward agenda—on women’s health, personhood, gay rights, and immigration."

If they are not victorious here, Democrats may well have to go back to the drawing board, said Walt Kline, a Republican operative in Colorado. He predicted that Republican success in the midterms “will mean they will have to change the campaign training manuals at the Democratic congressional campaign committees.”

Caitlin Huey-Burns is a congressional reporter for RealClearPolitics. She can be reached at chueyburns@realclearpolitics.com. Follow her on Twitter @CHueyBurnsRCP.