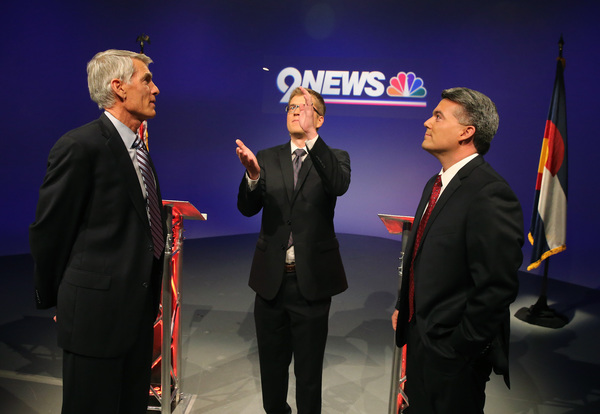 These results are promising for Republican Rep. Cory Gardner and Republican gubernatorial candidate Bob Beauprez. Gardner is facing Democratic incumbent Mark Udall in the state’s U.S. Senate election, and Beauprez is challenging Democratic Gov. John Hickenlooper in his bid for re-election. The RCP polling average shows Gardner ahead of Udall, 47 percent-43.7 percent, and Beauprez tied with Hickenlooper at 45.1 percent each.

While the early voting tally favors Republicans, it may not reflect the ultimate outcome. In the 2012 presidential election, Republicans edged out Democrats in early voting, 37 percent-35 percent, but Mitt Romney lost the state, 51.5 percent-46.1 percent.

More early votes are coming. Two years ago, a total of 1.6 million Coloradans voted early, and as of Wednesday morning 905,500 had cast their ballots. This constitutes roughly a quarter of the state’s 3.6 million registered voters and an even larger slice of the state’s likely voting population. While turnout in the upcoming election is uncertain, 2.6 million Coloradans voted in 2012 and 1.7 million voted in the 2010 midterm election for U.S. Senate.

The Centennial State’s new all-mail voting system is another factor in the early turnout. The midterms mark the first time a ballot was mailed to every registered voter in advance of the election.

Colorado’s next early voting report will be released Friday morning.

David Byler is an elections analyst for RealClearPolitics. He can be reached at dbyler@realclearpolitics.com. Follow him on Twitter @davidbylerRCP.