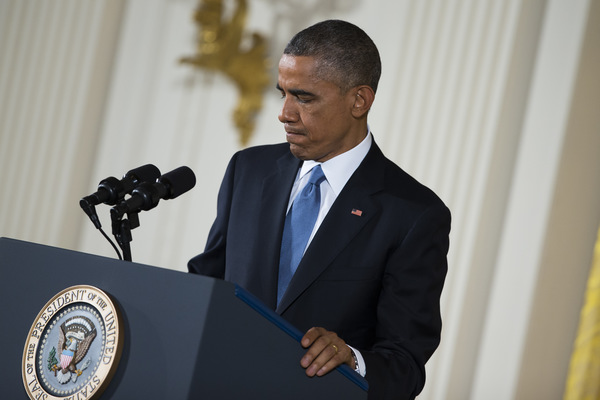 Obama is welcoming the end of U.S. combat operations in Afghanistan. The war came to a formal end Sunday with a ceremony in Kabul.

Obama says in a statement that the effort has devastated al-Qaida's core leadership, brought justice to Osama bin Laden and disrupted terrorist plots. He says U.S. troops and diplomats have helped Afghans reclaim their communities and move toward democracy.

Obama is also honoring the more than 2,200 Americans who have died in Afghanistan since the war started 13 years ago. Obama says those years have tested the U.S. and its military.

© 2014 The Associated Press. All rights reserved. This material may not be published, broadcast, rewritten or redistributed. Learn more about our Privacy Policy and Terms of Use.